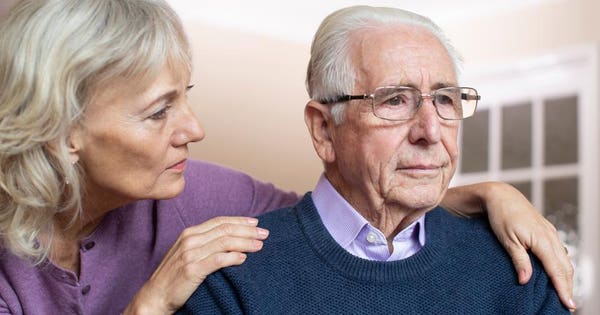 Mom agreed to let dad manage their money after he beat the fund managers she chose.

When my dad retired, his plan was to manage my parent’s retirement accounts on his own. My mom didn’t want a rookie investor to manage their money so she agreed to let him do so only after dad showed her he could do better than the best mutual funds she could find. It was a good idea, but mom was led astray by mutual fund marketers  when she picked the funds my dad had to beat.

Mom assumed that all mutual fund managers, being well-educated, experienced, and highly-paid professionals, were better qualified to manage money than my dad. She did not expect it to be hard to find managers who would set a high bar for my dad. But this assumption turned out to be wrong.

It turns out there is a simple reason for this. But before I explain, let me ask you to consider what is the minimum length of time on the job a money manager has to have before they are no longer rookies?

In pro sports, your rookie year is your first year. After that, you are a seasoned pro. I think we can all agree that one year is not enough to turn a rookie investor into a seasoned pro? But, is three years enough? How about five, or 10 years?

So now let’s get to the simple explanation. If you said yes to three years, it might surprise you to know that according to Morningstar, about 20% of U.S. equity mutual funds have managers with less than three years of tenure. If you don’t want a rookie investor to be managing your money you should eliminate these mutual funds from consideration.

Depending on whether you think it takes three, five, or 10 years for an investor to become a seasoned pro, 20%, 36%, or 74% of mutual fund managers are still rookies.

If my mom had avoided any fund manager she considered to still be a rookie, she would have stood a far better chance of getting the seasoned professional investors she assumed all mutual fund managers to be.

What led her astray was that mutual funds market the track record of the fund long after the manager responsible for the returns has moved on. In sports, this is like betting on the San Francisco 49ers because Joe Montana led them to win four Super Bowls in the 80s. Today’s 49ers are an entirely different team so the long-term track record does not tell you anything about the skill of the current players.

Similarly, Peter Lynch, who managed Fidelity’s Magellan Fund for many of its best years is no longer the fund’s manager. Yet, when Fidelity markets Magellan today, they still include the returns from Peter Lynch’s time.

Peter Lynch has just as much influence on Magellan’s returns today as Joe Montana has on the 49ers’ chances of winning the next Super Bowl. If you want to invest in Magellan, you need to evaluate the performance of the fund under its current manager, Jeffrey Feingold, who has been at the helm since 2011. But you’ll have to work to find Magellan’s return over Feingold’s tenure and the right benchmarks for comparison. The mutual funds don’t make this easy.

Out of nearly 7,000 U.S. equity mutual funds in Morningstar’s database, I recently found only 199 that had managers with a 10-year tenure who outperformed both the S&P 500 and their fund’s benchmark. Click here to download the list. These are the managers my mom was looking for but could not find with the tools available at the time.

The fact that mutual fund marketers convinced my mom to choose funds with great long-term track records but which had rookie managers made it easier for my dad to beat them. Even though dad was a rookie investor he was not competing with the seasoned professional mutual fund managers my mom thought she was getting. My dad ended up doing pretty well in comparison. I’ll tell you his part of the story next time if there is interest.

My Take: Retirement can put a lot of stress on a marriage. Last week, I explained how my dad’s retirement forced my mom to take a stand. If you would like to hear more about how my parents worked things out, send me a message to let me know. It would make me happy to know that my parent’s experience might help others in a similar situation.

This article is part of a series I write for those who want to get their portfolios back on track. To be notified when the next installment is published, click here.

Government defends Cumbria coal mine green light
Matt Damon Lists His Home In Los Angeles For $21 Million
Billionaire Robert E. Smith Lists In Malibu’s Coveted Carbon Beach
How one mother is building generational wealth for her young son
A new Covid variant has been discovered in Brazil — here’s what we know so far