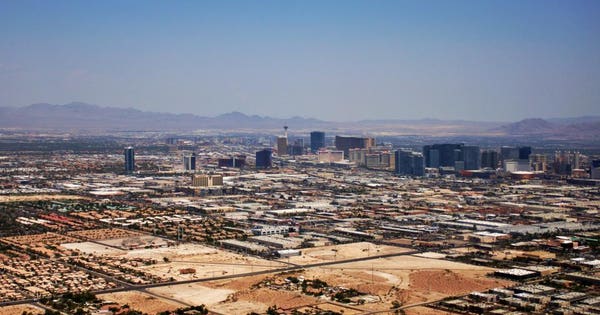 A recent Trulia study reports shifting markets in some areas where it’s becoming a buyer’s market. That long-awaited and long overdue shift is finally becoming a reality.

You can tell a buyer’s market when homes take longer to sell, with increasing price cuts resulting in a larger percentage of homes selling below the original listing price. “Most of the markets we are seeing cooling are clustered on the west coast like Seattle, San Jose, and Los Angeles,” notes Trulia’s Chief Economist Issi Romem. When we dove into specific zip codes in more expensive neighborhoods you can see the shift towards buyers even more.” Romem adds.

There were the country’s top 100 metros in Trulia’s data crunching. Here’s some definite good news. Fifty major metros are showing signs of shifting to favor buyers.  That’s up from a paltry five metros a year ago.

Among the 100 largest metro areas, Las Vegas topped the list as shifting the most towards a buyer’s market. The median home value in Las Vegas rings in at $285,827. The number that spells relief is the share of listings with at least one price cut during 2018. Las Vegas came in at 23.2%.

San Jose is seeing a shift to a Buyers’ market

Silicon Valley shows  more market evidence. The San Jose-Sunnyvale-Santa Clara metro showed a significant softening where the telling number of a Days On Market (DOM) for 2019 jumped to 59 compared to 41 in 2018.

According to Trulia, Los Angeles, though still beyond expensive, is now the tenth-best market for buyers as of January. Not surprisingly since home values there are limiting the buyer pool. “Some areas have hit an affordability ceiling,” notes Romem.

Pricey neighborhoods are taking the biggest hits and showing signs of cooling down. “Across markets nationwide, the ZIP codes shifting the most towards a buyer’s market are, on average, the more expensive ones,”  Romen weighs in.  “A good example of a ZIP code where we are seeing more price cuts and longer days on market is 90210,” That infamous ZIP code is in Beverly Hills. “It’s that five million range where there are price cuts and Days On Market get longer. We are also seeing inventory inch up with more open houses from the weekend before.”

Seattle is inching towards a buyer’s market, according to Trulia’s report. “The median number of days a listing spent on the market before selling jumped from 55 days in January 2018 to 70 days in January 2019, up 27.2%. And while homes typically sold at their asking price a year ago, they are now selling at 3.1% below the original list price,” reports Romem.

Here are the takeaways: Look for prices to still be expensive during this Spring buying season. Though buyers in the areas mentioned should use some hard-earned bargaining power with sellers as those multiple offers and bidding wars are yesterday’s news.