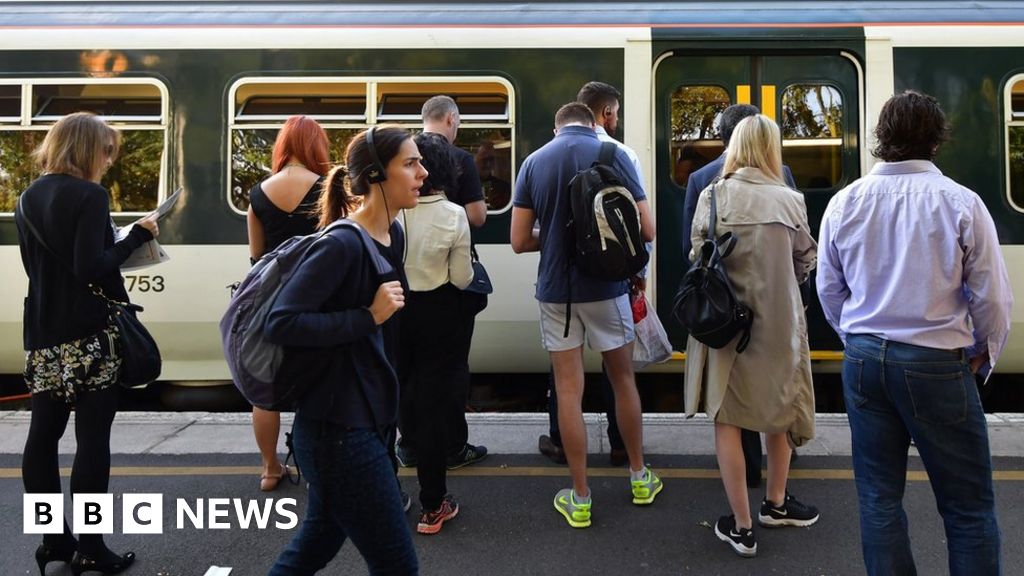 Rail users in the UK will be hit by a further rise in ticket prices which will come into effect next year.

The increase will be based on the Retail Prices Index (RPI) inflation measure for July of 2.8%.

The figure is likely to lead to an increase of more than £100 in the annual cost of getting to work for many commuters.

Passenger groups urged a change in the way ticket prices are calculated, as RPI is no longer a national statistic.

The cost of most train fares are set by train companies themselves, but about 40% of fares in England, Scotland and Wales are regulated so that they are only allowed to rise by an amount pegged to the RPI rate of inflation in July the previous year.

The government’s preferred measure of inflation, the Consumer Prices Index (CPI), increased to 2.1%.

The Campaign for Better Transport (CBT) has repeatedly said that CPI, the most widely watched and used measure of inflation, should be used instead of RPI.

Last month this was 2% and it is typically lower than the RPI rate of inflation.

“The government should commit now to January’s fares rise being linked to CPI,” he added.

The difference between the two is stark. For every £100 paid on a season ticket, using RPI over CPI has increased prices by about £6 since RPI was abandoned by the National Audit Office as a national statistic in 2013.

“The only benefactors of using the retail price index (RPI) to calculate the cost of rail fares are the train companies,” said Kevin Brown, savings specialist at Scottish Friendly, an investment firm.

“Passengers are therefore having to fork out more money to travel despite regularly having to deal with over-crowded and unpredictable services. The general outlook for consumers is already difficult and this will feel like another kick in the teeth for many hard-working families who are facing the prospect of a second recession in 10 years.

Rail Minister Chris Heaton-Harris said: “It’s tempting to suggest fares should never rise. However, the truth is that if we stop investing in our railway, then we will never see it improved.”

The TUC, a federation of unions, renewed its call for the railway to be renationalised, arguing it would lead to lower ticket prices.

“We’re already paying the highest ticket prices in Europe to travel on overcrowded and understaffed trains.

The bitter irony for rail passengers is that the quality of service in Britain is all too often undeserving of the price.

After a cataclysmic year on parts of the network last year, punctuality was generally on the up this year before the hot, and then wet and windy weather caused significant disruption this summer.

The promise (via an ongoing Government-commissioned rail review) is that our train companies of the future will only make money if they run trains on time.

In principle that sounds good for passengers but we still don’t know how it will work in practice and when such a system will actually arrive at a station near you.

The wider financial dilemma for Government is that our rail network is in large parts ageing and in need of a refit.

Government sources point out that a relatively small proportion of public transport journeys are made by train (roughly 17%).

Therefore, they argue, a rise in ticket prices, however painful for passengers, is a necessary evil to meet the rising costs linked to running the railways.

At the start of this year, train fares went up by an average of 3.1% in England and Wales and 2.8% in Scotland.

The rise in England and Wales – the highest since January 2013 – meant the price of some annual season tickets rose by more than £100.

In Scotland, peak-time season tickets and anytime day tickets became 3.2% more expensive, while the capped increase of off-peak fares was 2.2%.

Rail passengers have had to endure more delays on the network this year.

Last week was particularly bad, with thousands of people affected by a signal failure, which led to the suspension of all services out of London Euston, on Thursday.

And then trains were also affected in Friday’s power cut, with many stranded across the network

Delays also happened during July’s heatwave, while in January, London Overground commuters were given a month’s free travel after delays to the delivery of new electric trains.

Are you going to be affected by the increase in train fares? Please share your experiences by emailing haveyoursay@bbc.co.uk

5 reasons to ditch New York City for the hills of the Hudson Valley
American Airlines cancels some China service for more than a month as coronavirus spreads
The next big thing in ETFs could give a boost to long suffering active investors
Whirlpool earnings, new home sales and coronavirus update: 3 things to watch for on Monday
New rules are gutting consumer watchdog group from the inside, legal experts say