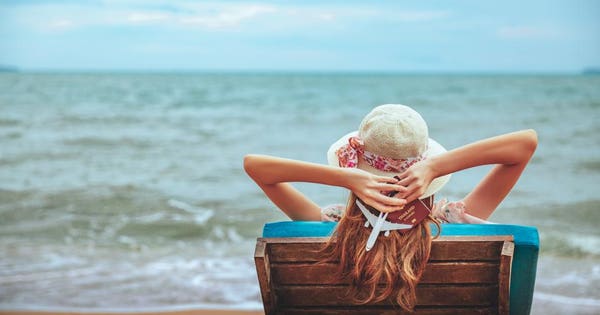 You’ve probably heard me mention SWANs a time or two by now: stocks that help you Sleep Well At Night.

You’ve probably heard me talk about how important they are in your portfolio: how they give you the peace of mind you’re craving while still growing your portfolio through steady, reliable dividends.

Those steady and reliable dividends are the first and foremost reason why I recommend them. Holding shares of strong companies that know what they’re doing and how they’re doing it is the best way.

It’s the best way to navigate the stock market.

It’s the best way to prepare for a comfortable or even wealthy retirement.

And, believe it or not, it’s a really great way to keep from being cranky as well.

Bear with me, and I’ll be sure to explain exactly why.

We Need Our Sleep

Have you ever heard an apologetic parent try to rationalize why his or her child is behaving so badly: a toddler wailing uncontrollably or a seven-year-old refusing to come when he’s told?

So often, the mother or father in question will mention that, “Little Janey didn’t get her nap.” Or “Little Johnny didn’t sleep well last night.”

Maybe you’ve even used similar words before about your own children back in the day. Perhaps even just last week, depending on what stage of life you’re in.

It’s all explained in Dr. Matthew Walker’s nonfiction work, Why We Sleep: Unlocking the Power of Sleep and Dreams. As its description on Amazon reads:

“… Matthew Walker has made abundantly clear that sleep is one of the most important but least understood aspects of our life. Until very recently, science had no answer to the question of why we sleep, or what good it served… Compared to the other basic drives in life – easting, drinking, and reproducing – the purpose of sleep remains more elusive.

[Yet] within the brain, sleep enriches a diversity of functions, including our ability to learn, memorize, and make logical decisions. It recalibrates our emotions, restocks our immune system, fine-tunes our metabolism, and regulates our appetite…

Without that recalibration, we’re less able to easily manage how we react to the unexpected – or expected – annoyances our day might throw our way. “

“While the phenomenon of emotional irrationality following sleep loss is subjectively and anecdotally common, until recently, we did not know how sleep deprivation influenced the emotional brain at a neural level, despite the professional, psychiatric, and societal ramifications. [So] several years ago, my team and I conducted a study using MRI brain scanning to address the question.”

Here’s how they did it…

In the study, Walker and his team took two groups of young, healthy adults. One was allowed to get a full night’s sleep. The other was kept up all night somehow, someway.

Then, in the morning, the scientists got to work.

“During the brain scanning session the next day, participants in both groups were shown the same 100 pictures that ranged from neutral in emotional content (e.g., a basket, a piece of driftwood) to emotionally negative (e.g., a burning house, a venomous snake about to strike).”

Now, as he goes on to explain, there is a part of the brain – two parts, in fact – called the amygdalae. Situated deep inside the brain, one on either side, each amygdala is small, almond-shaped, and responsible for regulating our emotions.

And when they’re properly maintained with a good night’s rest, they can do that job quite well.

After an all-nighter, however, they’re more likely to prompt people to react poorly to… say… pictures of burning houses or venomous snakes about to strike. More than 60% more likely, Walker found.

As he concluded (on p. 147), “It was as though, without sleep, our brain reverts to a primitive pattern of uncontrolled reactivity. We produce unmetered, inappropriate emotional reactions and are unable to place events into a broader or considered context.”

To me – and to Walker – that sounds like a disaster waiting to happen.

Of course, there’s a whole long list of reasons why people don’t sleep. Just a few include the possibilities that:

But stress is probably one of the biggest ones, if not the biggest altogether. The kind of stress, for instance, that comes from not knowing what your portfolio is going to look like if the economy takes a turn for the worst.

Where will you be in that case?

How will you get that money back?

Save yourself that stress – not to mention the added stress that apparently comes from overtaxed amygdalae and an incomplete night’s sleep. Stop spending your money on shaky shares, and stock up on a SWAN or two instead.

It’s what the doctor ordered. And I’m hardly going to disagree.

3 REITs to Help You Sleep Well at Night

Now let’s get down to business and let me provide you with three prized REIT picks that will help you sleep well at night. And keep in mind that these REITs have been screened for quality, and also for value. It would make no sense providing you with a stock that’s expensive – remembering that sleeping well at night is synonymous with stress free investing.

Simon Property Group (SPG) is a mall REIT that owns full or partial stakes in 234 properties totaling 191 million square feet of retail space across North America, Europe, and Asia. The REIT’s US malls alone generated $60 billion in sales last year. Although many retailers and department store chains are struggling, Simon has a fortress balance sheet (just six “A” credit ratings from at least 2 credit rating agencies out of 292 REITs in the US) and has plenty of liquidity to re-tenant, re-develop, and re-ignite. Shares are trading on the cheap with a P/FFO of 12.09x and a dividend yield of 5.65%. We recently upgraded the company to a Strong Buy.

Healthcare Trust of America (HTA) is a healthcare REIT with a portfolio of 434 medical office buildings. Healthcare fundamentals are strong as evidenced by the annual expenditures with the growing healthcare sector: 10,000 people turning 65 every day (4x as many physician visits as younger population), millennials are forming families, a key inflection point for healthcare volumes and the average lifespan will surpass 80 by 2020. HTA has been a publicly traded REIT since 2012 and has generated average returns of 10% since that time. The company has consistently grown dividends while maintaining a strong balance sheet (rated BBB by S&P). Shares are trading at $28.17 per share with a well-covered dividend of 4.47%. We maintain a Buy.

I own shares in SPG, HTA, and DLR.