Multinationals that rely on the supply chain from China are tumbling after President Donald Trump ordered them to find alternatives to their Chinese operations.

Shares of Apple, Nike and Caterpillar all tanked more than 3.5%, hitting their session lows on Friday following a Trump tweet demanding U.S. companies to pull production out of China. 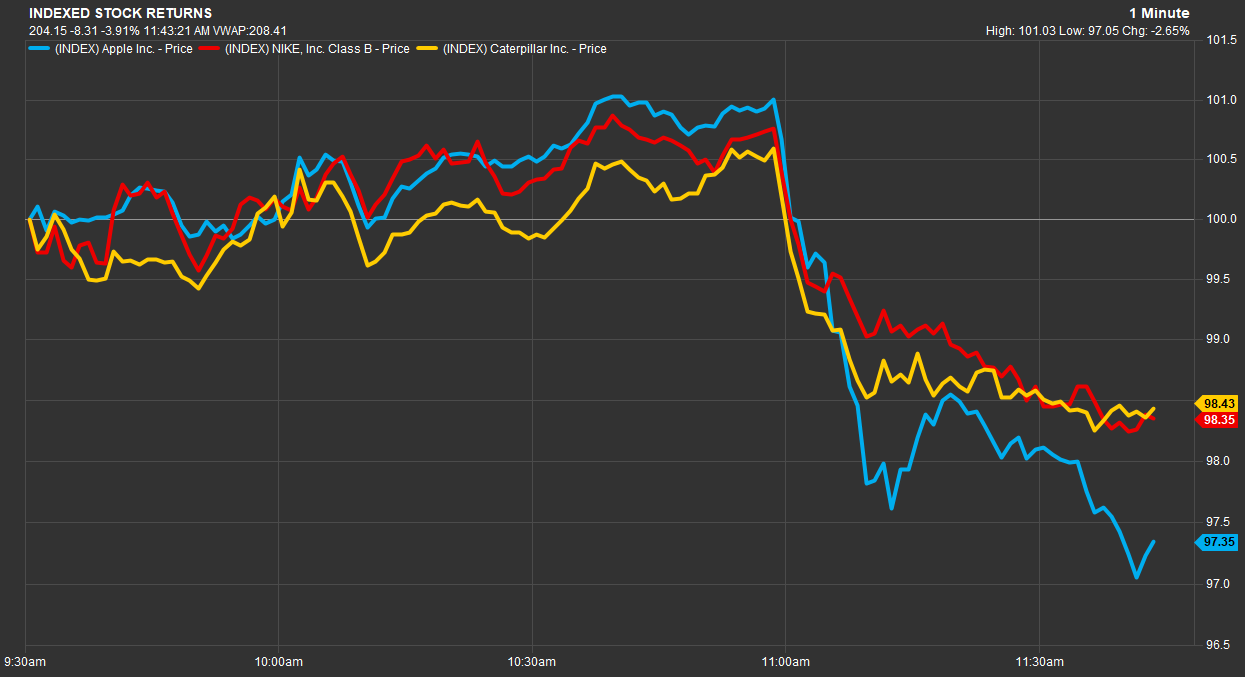 These trade bellwethers are member stocks in CNBC’s proprietary China Trade Index, which tracks companies with biggest China revenue exposure and most imports from China. 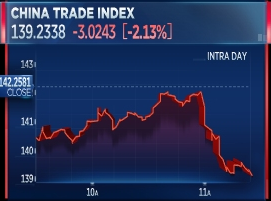 Trump tweeted on Friday: “Our great American companies are hereby ordered to immediately start looking for an alternative to China, including bringing..your companies HOME and making your products in the USA.”

The order came after China Friday vowed to retaliate with tariffs on $75 billion more of U.S. goods and resume duties on American autos and parts. The newly announced import taxes represented a direct response to Trump’s plan to impose duties on $300 billion worth of China’s goods by mid-December.

It’s not clear whether Trump himself has the power to enforce any such decree. It would seem the president does not have the power without Congress to order companies to make such a move. But the shares dropped anyway on concern the administration would make sourcing in China more difficult for them using any means at its disposal.

The White House did not yet return a call for comment on the matter.

These multinationals have been trying to cope with the tit-for-tat tariffs happening between the U.S. and China for more than a year. Some have already announced plans or are considering shifting manufacturing from China due to the intensifying trade war.

Trump’s latest round of the China tariffs dominantly affect consumer goods companies as the duties cover clothing and electronics. Those affected companies with exposure to Chinese imports include Ralph Lauren, Whirlpool, HP and Under Armour, according to a J.P. Morgan analysis last week.

Ralph Lauren and Whirlpool both dropped more than 3%.