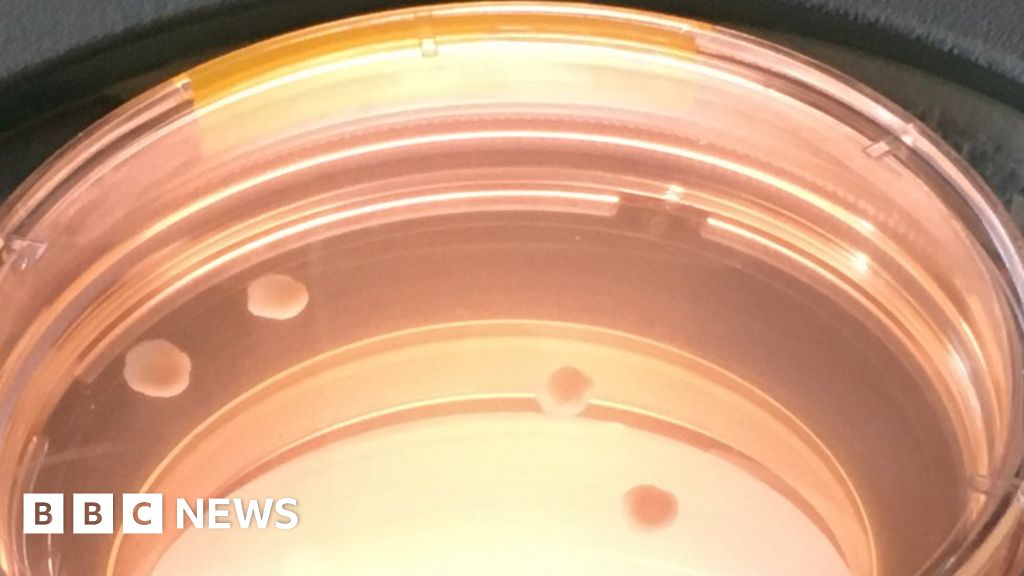 New research shows that human “mini-brains” develop more slowly than those of other primates.

“Mini-brains” are miniature collections of cells that allow scientists to study how the brain develops.

A Swiss team has grown artificial human, chimp and macaque versions in their lab from stem cells.

In a study published in Nature journal, the team produced an “atlas” of the genes involved in each stage of the three types of brain development.

They say the work will help them to answer the basic question of what makes us human.

Stem cells are the body’s master cells, which can then grow into more specialised tissues.

The recent emergence of the technology to grow brain tissue from stem cells has enabled researchers to directly compare brain development in different primates. The “mini-brains” are grown for four months and are about the size of a pea.

Known formally as “cerebral organoids”, they are simple structures consisting of different types of brain cells and are not capable of any functions.

The researchers noted that the three types of brain developed at the same speed to begin with, but once the cells began to specialise into different types of neurons, the macaque’s developed the fastest, followed by the chimpanzee, with the human brain being the slowest.

“It seems that we take more time to develop our brains but the end state that we reach is more complex. Maybe it takes this additional time to get the greater number of connections between neurons and reach the higher cognitive functions we have. But we don’t really know yet why this might be the case,” she told BBC News.

All cells develop by following instructions contained in DNA. But the genetic information of humans and chimps has comparatively few differences yet their brains are very different. Prof Treutlein believes that the resolution of this this apparent dichotomy is that the timing and sequence of how brain-building instructions are read from the genes are different. To assess this, her team took thousands of snapshots of what the genes were doing at each stage of brain development of the three types of mini-brains.

According to Dr Grayson Camp, also at Basel University, the differences between the human and chimp brains should give an indication why our brains are more complex.

Dr Madeline Lancaster of the UK’s Medical Research Council (MRC) said that the mini-brain approach was helping researchers, such as herself to answer the “basic question of what makes us human”.

“We have complex language and are capable of abstract reasoning and chimps don’t. Work with (mini-brains) won’t model those differences because they are not functioning brains,” she said.

“But they will help us understand the very important differences early on in development that set the stage for our cognitive abilities.

Dr Lancaster is not connected with the Swiss team’s research, but uses mini-brains for her own research at the Laboratory of Molecular Biology in Cambridge. She is working with Prof Treutlein, Dr Camp and others in the field to develop an ethical framework for their research.

The mini-brains are relatively simple cellular structures and nowhere near capable of consciousness. But they will become more advanced as research progresses. The research community is therefore working with ethicists to develop a regulatory framework for the future, according to Dr Lancaster.

“It is always good to think ahead,” she said.

“We don’t want to run into a situation where someone has created something truly unethical and we try and deal with the consequences after the event.”

Core of a gas planet seen for the first time
‘I wasted so much money …’ Millennials share their top financial regrets to help Gen Z get started
Is the hydrogen tech ‘revolution’ hope or hype?
Lululemon to acquire at-home fitness company Mirror for $500 million
Seven Tips For Buying A Home In Today’s Market