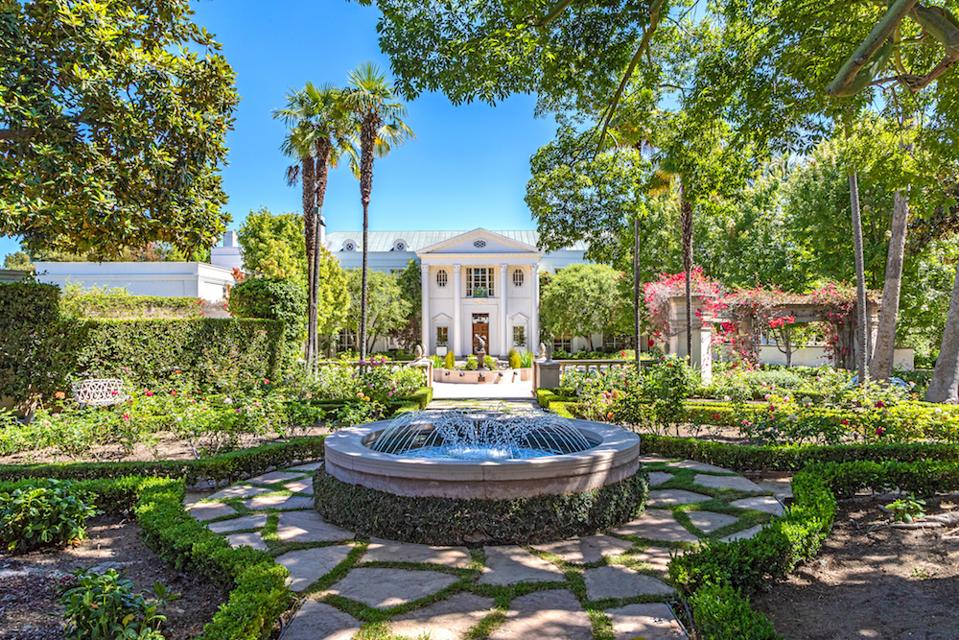 Bel Air has hit the stratosphere once again. Casa Encantada, the 60-bedroom home belonging to Gary Winnick (founder and chairman of Global Crossing, who has previously appeared on several of Forbes’ Wealthiest lists) has officially come on the market with an asking price of $225 million, as the L.A. Times reported. It had been quietly shopped around in the same price range as early as 2013 (and was previously mentioned on Forbes), but now it is a public listing and outranks the Chartwell Estate which was the priciest listing in the country at $195 million until this week (if you don’t count properties that have thousands of acres, such as the $250 million Mesa Vista Ranch owned by the late T. Boone Pickens or the $280 million ‘curiosity destination’ being sold by Discovery Channel founder John Hendricks). Casa Encantada is a 40,000-square foot home that dates to the 1930s when architect James E. Dolena, most known for his design of the estate built for Walt Disney and his wife Lillian, was commissioned to come up with a home that had an exterior Georgian style with an interior that blends Art Deco with Moderne flair.

The property has come full circle since during the 1950s the owner of the property was Conrad Hilton, the man behind the eponymous hotel chain, and now one of the listing agents is his grandson, Rick Hilton, in conjunction with Jeff Hyland (both of Hilton & Hyland) and Shawn Elliott from Elite Real Estate Marketing. Conrad Hilton eventually sold it to David Murdock in 1979 for $12.4 million, setting a record for the U.S. at the time. Murdock then sold the home to Winnick in 2000 for $94 million, which also set a U.S. record according to Hyland who included a write-up of the home in his book The Legendary Estates Of Beverly Hills. Since very few upgrades had taken place in the preceding decades, Winnick invested in a two-year, multimillion dollar renovation that made it a modern living space while preserving the historical craftsmanship that has defined the home since it was first built.

“Los Angeles is by far the hottest residential real estate market in the country for ultra high-end estates,” said Hyland via email. “Casa Encantada is the finest estate on the market with no peers.”

At $225 million it still wouldn’t beat the record holder of all time, a $238 million penthouse in New York bought by Ken Griffin, nor would it outpace the home that is still a private listing and said to have an asking price of $500 million. But it would beat the current California record-holder, the $119 million sale of The Manor, formerly owned by Aaron and Candy Spelling, then Petra Ecclestone.

The H-shaped main house has an ornate facade, with columns flanking the front door. No interior photos have been released, however there are nearly 100 archival photos, including dozens of the interior, available through The Huntington Library dating back to the 1940s when the original owner, Hilda Weber, was in residence. Flip through them to see the custom-made furniture by Robsjohn-Gibbings and the interior decor by Terence Harold. You’ll find detailed cornice work, even going so far as to grace the sides of each step of the grand staircase in the foyer, a grand ballroom, piano room and many more expansive entertaining spaces.

The home also comes with a pool and guesthouse, basketball court, lighted tennis court and landscaped grounds that include water features, a rose garden and koi ponds.