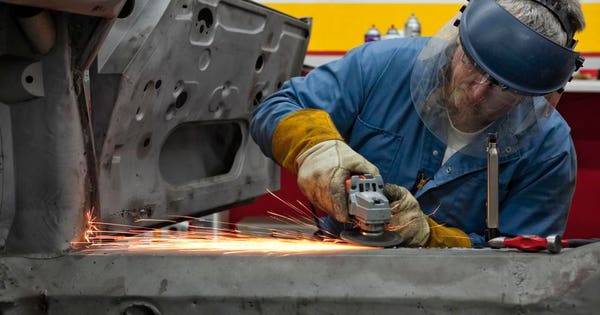 The over 49,000 United Auto Workers members have been on strike from General Motors for about a month may be close to a deal. All parties paid dearly for the strike because the stakes are so high. GM has lost up to $1.5 billion in profits according to the Anderson Economic Group, a Lansing public policy research group. UAW members have lost more than $835 million in wages, and the state of Michigan has foregone $18.5 million in taxes.

The union obviously felt the cost of giving in to GM was higher than the costs of going on strike. GM was willing to risk a strike as well—perhaps giving in to the union posed high cost to them also. Among the union’s top demands was reducing an inferior compensation tier for younger and lower seniority members and giving temporary workers an on-ramp into full employee status. To win that, as well as any pay increase, the high-profit year of 2019 was the year to get it. Likewise, GM’s hopes for a profitable future with a crippled union was apparently worth billions in lost sales and production.

So, there are obvious bottom-line concerns at stake for both parties. But looming in the background is a larger issue, which analysts and industry observers believe has shaped the course of the strike: the global shift to electric vehicles (EVs) and the role of union labor in that shift.

Electric investments play a headline role in the tentative agreement between the union and the automaker. GM has offered to invest $3 billion into electric truck production in Detroit-Hamtramck as part of the deal. In a separate announcement, the automaker said it would establish battery production in the area of Lordstown, Ohio, where the company recently shuttered a plant.

Among those who believe that the strike was fueled by anxieties over a switch to electric vehicles is Daron Gifford, a management consultant regarded as an authority on trends among U.S. automakers. As Gifford points out, electric vehicles require fewer parts and therefore fewer production workers. According to the UAW’s own estimates, the shift to EVs could endanger as many as 35,000 union jobs.

The shift to electric vehicles presents a real threat to many UAW members and future auto workers. According to one UAW official at an Ohio Fiat plant (not a GM facility): ”There’s a potential for our jobs to be gone—they don’t need us anymore…It scares us.” In a recent white paper, the union acknowledged the risks of displacement without compensation. The paper advocates for industrial policy in building out electric infrastructure that would support decently-paid union jobs, as well as retraining displaced workers and reinvesting in their plants. Union leaders and members are more likely to vote for candidates who admit climate change is a serious threat.

Auto industry experts generally agree electric cars are inevitable in face of changing market conditions including environmental concerns. Wards Intelligence, the world’s leading auto-industry forecaster, concludes that sales of non-gas car models will likely triple by 2025. According to JPMorgan analysts, hybrid and electric cars will account for 60% of all vehicle sales worldwide by 2030.

Some think the commonsense view is wrong. The dismal performance of electric vehicle ventures like Tesla to suggest that fears of electric vehicles’ inevitable rise are blown out of proportion. According to this view, the strike is actually about union leadership’s troubles with the law and a grasp at relevance given its decline in membership. As financial analyst Jim Collins has written: “The UAW is not striking GM over 0.8% of its sales [current share of electric vehicles], but over the right to produce the 99.2 percent of sales that are composed of vehicles which carry internal-combustion engines.”

Whatever the market share is currently, however, the market seems to be headed in the direction of electric cars. This is particularly true beyond the U.S. border. China took the lead in electric vehicles sales for 2018 globally, with the Chinese government having invested more than $60 billion in the development of electric engine technology. As of 2018, automakers globally had invested over $90 billion in electric car and battery research.

Given the sacrifices made by striking workers and their families, all this concern about what can happen in the future might seem a bit abstract. Families of striking autoworkers garnered only $275 in weekly strike pay. Local news in Detroit is flooded with anecdotes of the over 49,000 strikers and their families faced with tough choices due to shrinking budgets. Some temp workers have even put homes up for sale or started to rely on family and friends for basic subsistence.

For the workers involved, these sacrifices have to do with the basic bread-and-butter issues of economic livelihood: good wages, secure employment, manageable health insurance costs and reliable pensions. Yet every industrial conflict always has a larger economic context. Whatever its immediate results may be, UAW’s current strike has deep ramifications for the future of automobiles and under what labor conditions they will be made.

(Graduate students Owen Davis and Qasim Abbas helped considerably with this essay. They are also UAW members by virtue of the contract with graduate students and The New School.)