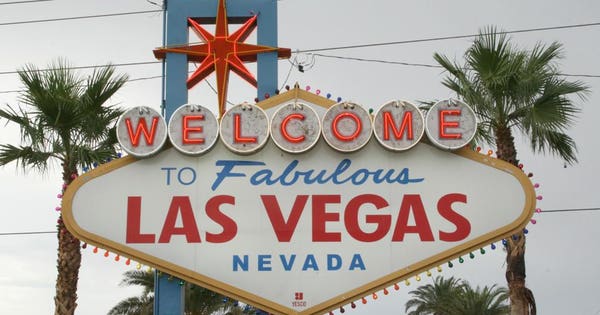 Earlier this week, MGM Resorts International (MGM) said it was selling two of its prized casinos. The combined price tag… was just over $5 billion.

As part of a continued restructuring, MGM opted to maintain control of the Bellagio resort by selling the $4.25 billion property and leasing it back to dominant real estate private equity giant Blackstone Group (BX).

By utilizing this commonly used sale/leaseback approach, MGM signed a long-term lease with Blackstone. And it’s now paying annual rent in the amount of $245 million. The cap rate (net rent divided by purchase price) is said to be around 5.75% – an “unprecedented price” according to an unnamed industry source (Blackstone REIT will form a 95-5 joint venture with MGM).

Now, Blackstone already has experience in Las Vegas. It acquired the Cosmopolitan in 2014 from Deutsche Bank for $1.73 billion. That was after the previous owner defaulted on its loan in 2008.

In addition, Blackstone appears to be ramping up its quest to become a dominant “iconic resorts” landlord. The private equity firm recently acquired Turtle Bay Resort in Oahu for $330 million. And, a few weeks ago, it announced the acquisition of a 65% interest in Grey Wolf Resorts for $2.9 billion. (Centerbridge, a private investment management firm, will retain a 35% interest.)

That’s what’s going on with Blackstone. Now let’s flip the coin over to MGM’s side of the story…

In addition to the Bellagio deal, MGM is also selling the iconic Circus Circus property in Las Vegas. This time, it’s to Las Vegas billionaire Phil Ruffin for $825 million.

According to Forbes, Ruffin is worth an estimated $2.8 billion… with most of his net worth attributed to his timely $746-million acquisition of Treasure Island in 2009.

Sources tell me that Treasure Island generates around $100 million in free cash flow. And when I spoke with Ruffin, he said “that’s about right.”

“I’ve been trying to buy this damn thing for a long time. It’s an iconic casino that’s been there forever.”

Incidentally, this is the same man who co-owns the Trump International Hotel (no gaming at the property) along with Donald Trump. The duo co-developed the property in 2009, which is situated directly between Treasure Island and Circus Circus.

The Quest for Gaming Supremacy

In the quest for gaming supremacy, Las Vegas Sands Corp. (LVS) still remains the dominant player. With a market cap of around $44 billion, it owns such iconic assets as Las Vegas’ Venetian and Palazzo. And then there’s its trophies in Macao and Singapore as well.

It seems that, with Blackstone’s new Bellagio deal to acquire Bellagio, the gaming property sector could become heated. That’s especially true when there are three U.S. gaming REITs that have listed during the last few years:

Combined, these three publicly-traded REITs have a combined market cap in excess of $27 billion. Though VICI takes the cake with a market cap of around $11 billion.

The Backstory of How Blackstone Won the Bellagio

MGM Growth Properties was purposely created to sell and lease back most of MGM’s real estate. And, honestly, it’s unclear as to why Blackstone was able to swoop in and nab the Bellagio.

There are obvious connections between MGM Resorts and MGM Growth Properties. This even includes common board members. Plus, the REIT is still controlled by MGM Resorts, with around 70% ownership.

Essentially, MGM Growth was created as a drop-down entity. The plan was to monetize the real estate similar to what Sears (SHLD) did with Seritage Growth Properties (SRG).

However, activists have a way of disrupting the best-laid plans. And that appears to be why Blackstone was able to add the Bellagio to its trophy room.

Keith A. Meister was recently added to MGM’s board as its 13th members after punching his meal ticket. He owns 15.7 million shares, or around 3% in MGM, so it seemed like a logical move.

But the activist has a history of disruption. Part of the so-called Carl Ichan alumni club, he also has connections to George Soros, who gave him seed capital for the company he founded, Corvex Capital.

Back to Blackstone for a moment, it intends to include the Bellagio in its non-traded REIT – which will now likely obtain higher leverage than most publicly-traded REITs. My back-of-the-napkin estimate is that the private equity landlord will obtain around 70% leverage on the $245 million rental stream… which will produce cash-on-cash returns in the range of 12%.

That’s not a bad day’s work for Blackstone or MGM. And, of course, Ruffin will likely get richer as he utilizes his economies of scale (i.e., Trump Las Vegas and Treasure Island) to turn Circus Circus into another cash cow.

REITs have been on fire this year, with REIT ETF proxy Vanguard Real Estate ETF (VNQ) returning over 28% year-to-date. However, the gaming sector hasn’t seen the love.

The three REITs referenced above have only returned an average of 22% so far this year.

The Bellagio deal could serve as a tipping point, however. Blackstone has essentially set the bar in terms of pricing power. So the U.S. gaming sector could see cap-rate compression, with this transaction being the validation that could drive valuation.

Right now, VICI is our top pick in gaming. In 2020, it’s forecasted to generate around $1.2 billion of net operating income. By utilizing a 6% cap rate (Bellagio is at 5.75%), it could be valued at $20 billion. After debt of roughly $6 billion… that translates into an equity valuation of $14 billion.

Divide that by 500 million shares, and VICI could fetch $28 per share.

In summary, I like VICI’s odds. The latest cards (Bellagio and Circus Circus) validate the strength of gaming real estate and justify the market’s discount on gaming REITs in general. But…

I believe VICI has a superior advantage with no conflicts of interest, as there are with MGM and MGP. And Caesars will be a much better credit when acquired by Eldorado – which will soon be the largest “pure play” gaming company in the U.S.

The author owns shares in VICI and he is also on the Donald J. Trump campaign advisory board.

Ask Larry: Should I Take Social Security Retirement Benefits At FRA To Avoid Future Rate Cuts?
Why some retirees could face reduced Social Security benefits unless Congress acts
Lyft reports dramatic revenue drop of 61% but points to uptick in rides in July
This Instagram post could unlock hundreds of millions of dollars for Black-owned businesses
9 Ways To Stay Safe When Returning To Your Workplace During Covid-19