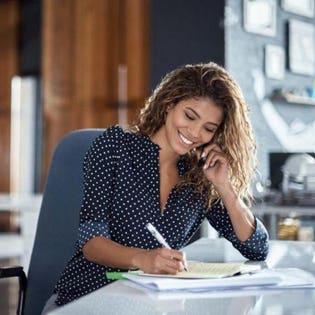 Leads aren’t the problem, but they’re not the answer either.

According to Zillow, there were 180 million unique visitors to its sites and apps in 2018, while 32 million of those visitors expressed that they intended to buy a home within the next 12 months. With those numbers, it’s safe to say that the number of leads is not the problem, so what is?

The reality of the situation is if leads are responded to within five minutes or less, there is a significantly greater chance of contact, which increases chances of conversion. But a startling number of companies do not follow up so quickly.

Beyond those immediate issues, there are other factors such as not properly nurturing leads from end to end and a general lack of sales methodology. How can we expect more transactions to be done year over year when so many leads are left in the dust? Why are we all continuing to hunt for more leads when those obviously aren’t having a greater impact on transaction growth?

The problem isn’t with leads at all. It’s the fact that agents’ spheres of influence are not being utilized to their full potential, which is where transaction growth has the most fertile ground. While leads still have a solid place in real estate, they are clearly not the Trojan horse that will boost transactions in a meaningful way to finally breach that 5 million threshold.

The secret sauce already exists; it’s just not being utilized.

There are over 76 million owner-occupied homes in the United States. For most of these Americans, their homes are the most financially and emotionally significant assets that they own.

We’re seeing almost the same number of transactions occur every year, that 5 million number I keep mentioning. How do we boost it? The answer: sphere. This is where we begin to dig into that gap between transactions and leads. These are the transactions that aren’t currently occurring, that might occur if we enable agents to use the right tools to more effectively stay in touch with their spheres. Agents should be doing health checks with their clients biannually at minimum, as any financial advisor might. If a client knows their home’s worth, they might start to look at it as a more powerful asset for growing personal wealth.

Now, how do we help agents do this? We know that agents who use certain technology such as interactive presentation tools can do more business each year than those who don’t. This is because real estate technology can often enable, coach and help agents keep in touch with their spheres. Couple talented agents with great tools, and things to start to get exciting.

The magic is in the ripple effect.

For argument’s sake, let’s conservatively look at a 15% increase in business (transactions) across the board. With a median of 11 sides per real estate agent in 2018, adding 15% would mean each agent doing 12.65 sides each year. And with a median home price of $250,000 in the U.S., the increase in an individual agent’s sales volume alone would be $412,500.

Now, imagine what this could mean not only for the real estate industry, but also for the entire economy. Looking at 2018, we get a sense of just how much of an impact we all can make simply by equipping agents with sophisticated tools and training and letting them take care of the rest.

Our firm’s analysis puts the ripple per transaction at roughly $40,000, including:

• Expenses associated directly with the home purchase, including commissions, fees and moving expenses.

• The income earned in other sectors of the economy that is then recirculated into the economy (think painting, appliances, furniture, landscaping, etc.).

This gives an additional economic ripple of $32 billion. When you take into account the average home sales price of $250,000 and the increase in sales volume, we’ve calculated a total economic impact of over $200 billion created by those additional transactions occurring.

Teach your agents to become the market makers.

If you take a solid sales methodology and couple it with the myriad of innovative technologies available today, agents will surely increase their transactions year over year. Of course, this grows the brokerage business and the real estate industry as a whole, reaching far beyond the stagnant 5 million transactions per year we’re at now. In turn, this means the entire economy could potentially grow more than any of us could possibly imagine.