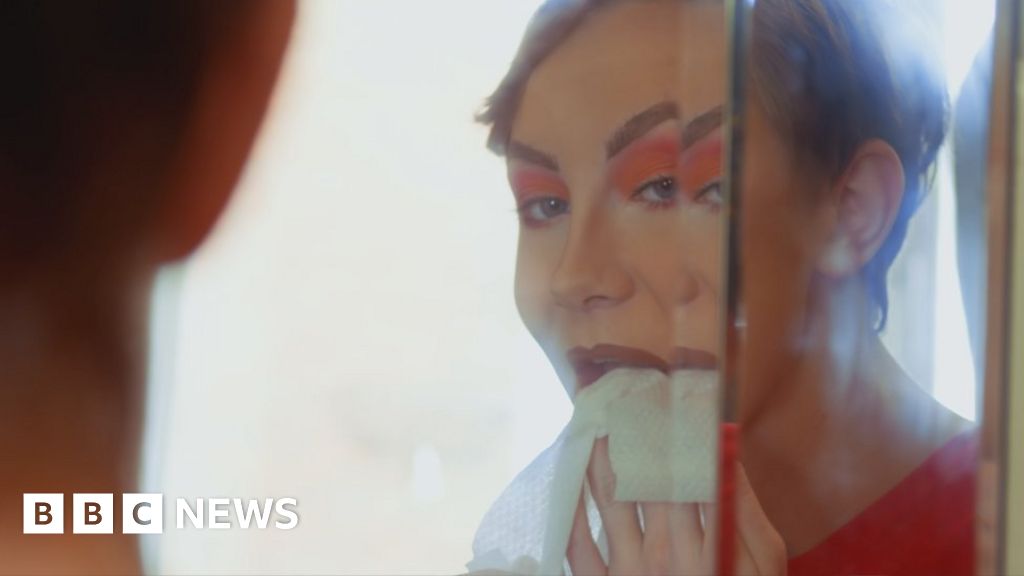 A 15-year-old boy who was banned from performing his drag act at a school event has put on his own talent show.

Last year, Castle High School and Visual Arts College in Dudley told Lewis Bailey his act was not permitted, saying it celebrated diversity but felt the performance was not “appropriate”.

A documentary on him is on the BBC iPlayer and will be broadcast on CBBC.

Lewis was banned from performing his drag act at the school’s end-of-year talent show in 2018 and said he was upset by the decision.

But now his mum says: “In the long run it worked out in his favour as he’s had the chance to do other things.

“Lewis has done shows on his own before but this was the first show he’s put together himself.”

Speaking in the programme, Lewis said: “Drag is amazing for me. All the negativity just disappears. I’m on that stage in front of people. It makes me feel like I’m wanted in the world.

“I am actually already trying to plan another performance… That’s very important for me to help out and give what I can.”

The event in September this year, called Proud To Be Different, attracted a crowd of about 50 or 60 people, said his mother.

“For every negative comment, there have been 30 to 100 positive comments,” Natalie said.

“So I said that’s what he needs to concentrate on. He’s just amazing.”

The Not Just a Boy in a Dress TV programme followed Lewis’s “very personal journey”, the BBC said.

After “years of bullying and a prolonged and difficult estrangement from his biological dad – Lewis has finally found the strength” to be confident in his own skin, it said.

“Gran makes his costume, sister Mariah does the choreography, sister Gemma helps with the publicity, stepdad Dale helps with the music and Mum is there for constant support,” BBC publicity for the episode featuring Lewis said.

Last year the school, now St James Academy, said: “Our decision not to let Lewis perform was based on his age and the nature of his act.

“We are happy for Lewis to express his identity in whichever way he chooses, when it is appropriate for him to do so, as he did on Friday at our non-uniform day.”

The episode from the My Life series will be broadcast on CBBC at 17:30 GMT on Monday.

Social distancing through summer: Here’s what we know about beaches, travel, camps and more
Trump’s Economic Adviser Proclaims Another Stimulus Bill Coming ‘Sooner Rather Than Later’
M17 sells its online dating assets to focus on live streaming
11 healthy snacks to reach for when money is tight, recommended by dietitians
Buy These Stay-At-Home Stocks For The Coronavirus Economy, Market Experts Say