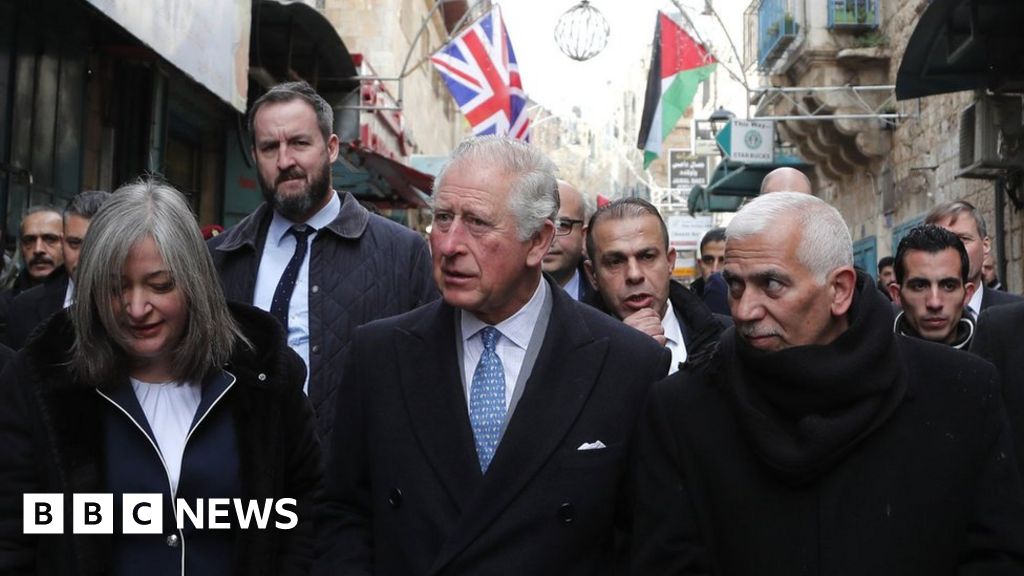 The Prince of Wales has said he will pray for “a just and lasting peace” in the Middle East, on his first visit to the occupied territories.

In a speech in Bethlehem, Prince Charles said he had been “struck by the energy, warmth and remarkable generosity of the Palestinian people”.

During the trip, the prince visited the Mosque of Omar, and a church built on a site said to be where Jesus was born.

He will hold talks with Palestinian President Mahmoud Abbas later.

The prince said he had “endeavoured to build bridges between different religions” across the world and that it “breaks my heart… to see such suffering and division”.

“No-one arriving in Bethlehem today could miss the signs of continued hardship and the situation you face, and I can only join you, and all communities, in your prayers for a just and lasting peace,” he said.

“We must pursue this cause with faith and determination, striving to heal the wounds which have caused such pain.”

He added that it was his “dearest wish” that the future would bring “freedom, justice and equality” to Palestinians.

Later, the prince will hold talks with President Abbas and is expected to visit the grave of his paternal-grandmother, Princess Alice, who is buried in the nearby city of Jerusalem.

The Prince of Wales is on the second of a two-day tour in the Middle East.

On Thursday, he addressed world leaders at the World Holocaust Forum to mark the 75th anniversary of the liberation of Nazi death camp at Auschwitz in Poland.

During his speech in Jerusalem, he warned that lessons of the Holocaust are still “searingly relevant” and called on leaders to be “fearless in confronting falsehoods” and violence.