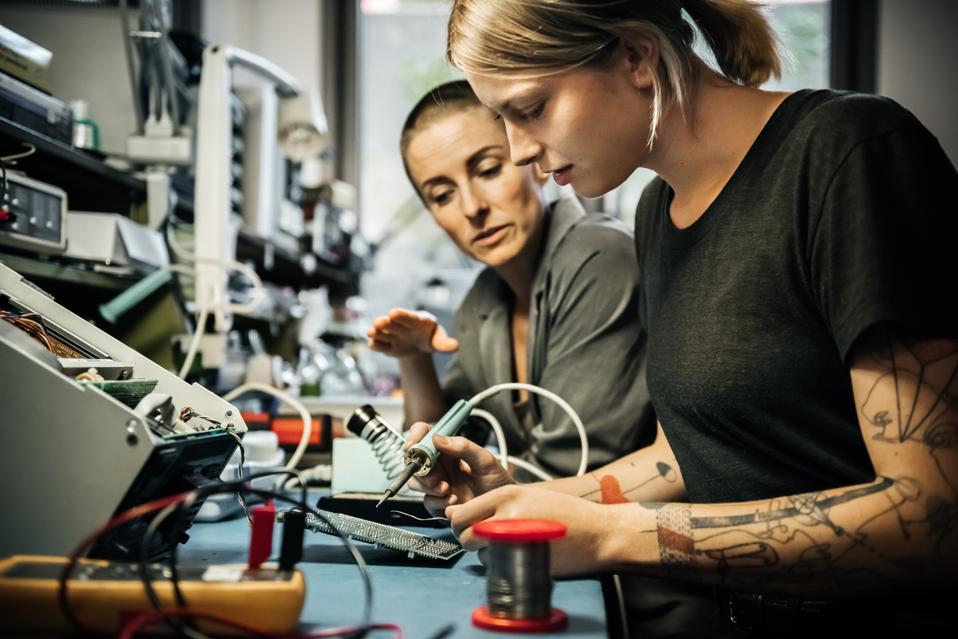 With headlines fading from the House of Representatives passage of the HEROES Act last week, attention is shifting to the Senate where Republicans and Democrats alike have floated myriad proposals to include in a potential next round of coronavirus relief. Earlier today, a bi-partisan group of senators unveiled a plan to create a $4,000 tax credit that workers displaced by coronavirus could use for upskilling and training.

Democratic Senators Amy Klobuchar and Cory Booker partnered with Republican Senators Ben Sasse and Tim Scott to introduce the proposal. The plan would target Americans who lost their jobs because of the Covid-19 pandemic and make a fully refundable $4,000 tax credit available to them.

Workers would be able to upskill and offset the cost of training programs with the $4,000 tax credit through the end of 2021. The proposal includes a broad array of programs ranging from apprenticeships to online learning programs. The bill would “help Americans gain skills that will be in demand for years to come and position them to rapidly reenter the workforce with increased earning potential as soon as businesses begin hiring again,” Klobuchar said in a statement.

Here’s Why The Proposal Is Needed:

Many individuals were already facing threats, including from technology, before the coronavirus crisis and the threats are even greater today. “There is an acceleration of technological substitution for some workers,” said Michael Graetz, a Columbia Law professor and co-author of The Wolf at the Door: The Menace of Economic Insecurity and How to Fight It. “You take a precarious workforce with precarious financial circumstances and you just exploded the risk to these families with the virus,” he added.

The crisis is coming to bear as the U.S. economy is continuing to roil from the coronavirus pandemic, the official April unemployment rate spiked to 14.7 percent, the highest level since the Great Depression. This rate also understates the true economic devastation being inflicted across America with the Bureau of Labor Statistics predicting that the true level is closer to 20 percent. Many of the 36 million people displaced from work who have tended to lose out are low and moderate income workers, according to Graetz, which will lead to a critical need to match new demand with a skilled supply of labor.

MORE FROM FORBESDon’t Be Fooled By Official Unemployment Rate Of 14.7%; The Real Figure Is Even ScarierBy Shahar Ziv

The $4,000 tax credit would allow workers to upskill within their existing line or work or use the opportunity to learn new skills and transition to other industries with more promising opportunities. “Our economy was changing rapidly before this nasty virus and the current economic crisis is going to speed things up,” Sasse said. “We have to make sure that Americans have the skills we need to compete. Workers who are using this bumpy time to update their skills and retrain for new jobs are going to be a big part of that comeback, and we ought to reward them for their perseverance and grit. We’re going to come out of this stronger.”

Will The Proposal Be Included In The Next Relief Bill?

At this point, the proposal has just been released and there is no commitment to include it in any upcoming bill. Senate Majority Leader Mitch McConnell has indicated that another bill will probably be necessary, but that he is in no rush to act. However, given how polarizing other proposals have been, including liability shield for businesses and the extension of a $600 federal unemployment booster, a rare bi-partisan proposal may have a strong chance of rising to the top of the proposal pile.

Romney Proposal Calls For Up To $5,760 In Hazard Pay Bonuses For Essential Workers

Don’t Be Fooled By Official Unemployment Rate Of 14.7%; The Real Figure Is Even Scarier

Why Many People Really Start Businesses In Retirement
Debit Card Economic Impact Payments Are Real
The pandemic has transformed the client-advisor experience
Jeremy Conrad left his own VC firm to start a company, and investors like what he’s building
EQT acquires freemium graphics and stock photo marketplace, Freepik