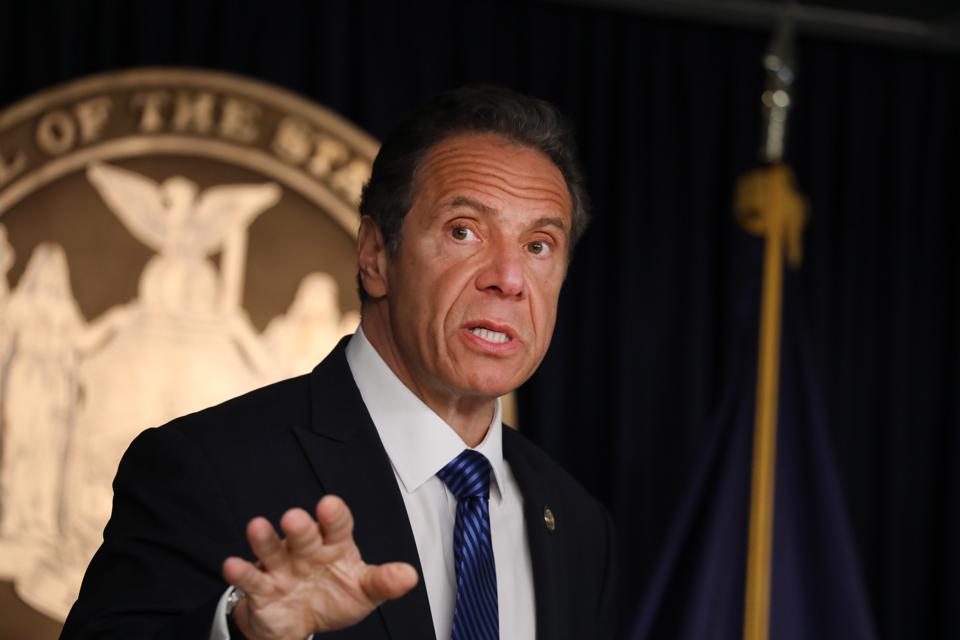 New York Governor Andrew Cuomo said in a press conference on Friday that the number of new coronavirus cases in his state continues to decline, with two more regions planning a phased reopening of businesses next week.

The number of total hospitalizations and intubations were down again on Friday, Cuomo said, which continues to be good news.

The number of new coronavirus cases per day was also down, hitting a level that is “lower than when we first began.”

Another 109 New Yorkers died from the virus, which is up from 105 deaths the day before. Cuomo said that the death toll numbers have been “stubborn” in their decline, still coming in at above 100 each day.

Another two of the state’s regions, Long Island and the mid-Hudson, could reopen as soon as next week if the number of deaths continue to decline and contact tracing goes online, Cuomo said.

New York state is also starting its own small business relief program, in coordination with private banks, with over $100 million in funding available.

New York will take a “smart, targeted approach” for distributing these loans, focusing on businesses that have 20 or fewer employees and less than $3 million in gross revenues.

“We’re going to focus on true small businesses,” Cuomo said, adding that many have still not received help from the federal government.

More than half of New York’s ten regions have started a phased reopening of businesses so far. Contact tracing programs are already underway in seven regions, Cuomo said. The seven regions that have started reopening are the Finger Lakes, including Rochester; Central New York, including Syracuse; the Southern Tier, which borders Pennsylvania; the Mohawk Valley, west of Albany; the rural North Country, which includes the Adirondack Mountains; Western New York, which includes Buffalo; and the Capital Region, surrounding Albany.

What to watch for

The New York City region, which was hardest-hit by the pandemic, will likely be the last to open. It currently only meets four out of the seven criteria required by the state to begin a phased reopening.

That’s how many cases of coronavirus have been confirmed in New York so far, according to data from Johns Hopkins University.

Cuomo reiterated his calls for more state funding. It is the federal government’s “obligation” that they provide financial relief to state and local governments, “the same way” they took care of the big corporations, he said.

Cuomo: New York Down To 400 Coronavirus Hospitalizations Per Day (Forbes)

Full coverage and live updates on the Coronavirus