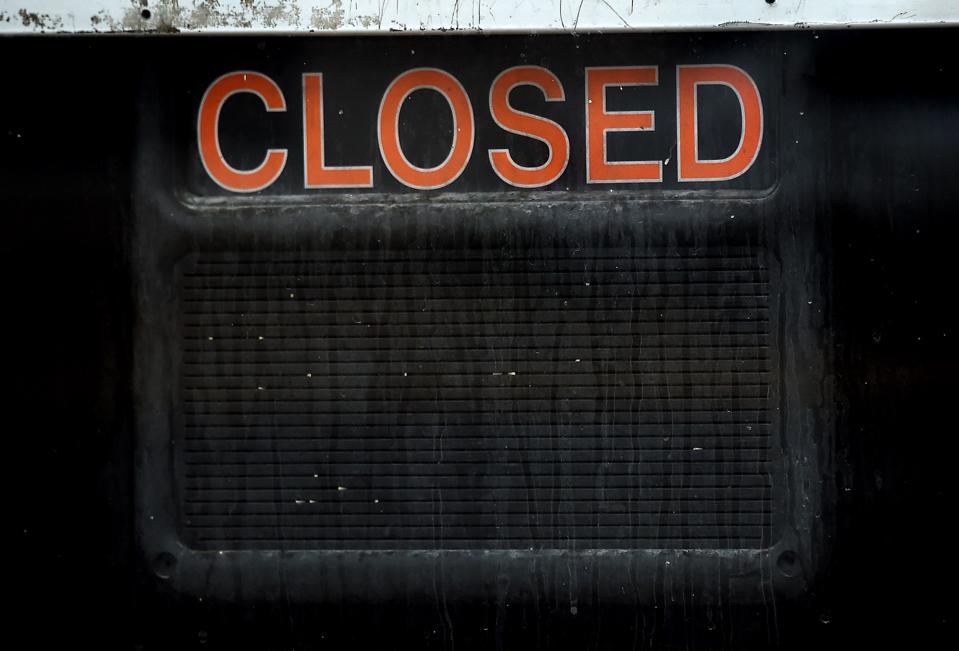 The Trump Administration hopes reopening the economy will cause growth to snap back, but even some restored growth won’t save government budgets or the economy.  We need more spending.

As the economy staggers under the ongoing pandemic recession, some economists fear not just a prolonged recession, but a potential depression.  One major reason?  Collapsing state and local government budgets, coupled with Washington gridlock over providing state aid, will drag the economy down even further.  The Trump Administration hopes reopening the economy will cause growth to snap back, but even some restored growth won’t save government budgets or the economy.  We need more spending.

States and cities face a flood of red ink as their current fiscal years end, mostly on June 30.  Like many others, the city of Tulsa, Oklahoma has seen current revenues collapse, especially sales taxes, which account for over 65 percent of its general fund revenues. Tulsa is imposing hiring freezes and furloughs for many employees and cutting spending on social services and government activitgy, as they expect continuing budget losses in the new fiscal year.

Tulsa’s story is being repeated across the country, in red and blue states alike. The U.S. Conference of Mayors hosts a “fiscal pain tracker” with over 160 stories documenting crashing budgets, reduced spending, service cuts, and furloughs and layoffs, from Juneau, Alaska to Sheboygan, Wisconsin.  Sadly, this list will only grow as more cities and states go through their annual budgeting processes and face up to their plummeting revenues.

To help combat this, Democrats in Congress are calling for $1 trillion in state and local budget assistance, part of the House-passed HEROES Act.  But the Republican-controlled Senate and the Trump Administration have rejected it, with Senate Majority Leader Mitch McConnell (R-KY) calling the House bill “totally unserious.”

Some Senate Republicans are now advocating for state and local aid, but it will be far less than $1 trillion, and in any case will take some time to negotiate.  McConnell also is refusing to renew the current $600 addition to unemployment insurance and is rejecting any action over absentee voting reforms and other Covid-related issues.

Instead of more federal funding, some hope a reopened economy will provide a surge of economic activity and tax revenues.  On Monday, White House economic advisor Kevin Hassert, after reviewing retail and credit card data, said “I’ve been really positively impressed by how quickly things are turning around.”

But most economists are deeply skeptical about a quick rebound.  The skeptics point to last week’s 2.4 million new unemployment claims (for a nine-week total of 39 million, more than the 37 million filed in 18 months during the Great Recession), hundreds of thousands of small businesses closures (many of them feared to be permanent), and continuing gloomy economic forecasts with very high unemployment throughout all of 2021.

Just allowing businesses to reopen doesn’t mean consumers will come and spend.  For in spite of dramatic pictures of armed reopening advocates, Americans are still very fearful of the virus; 73 percent in a recent Gallup Poll endorsed “stay(ing) home as much as possible” versus 27 percent calling for “lead(ing) normal lives.”  April’s University of Michigan’s Survey of Consumers saw a 17.3 percent drop in positive consumer sentiment, “the largest one-month decline in nearly a half century.”

Consumer spending usually makes up around 70 percent of GDP, and if consumers are scared, government orders allowing economic reopening won’t magically restore spending.  In Georgia, Opportunity Insights found that consumer spending had dropped before the state issued its  “stay-at-home” order and remained down by 20 percent even after the state lifted the order.

Although household stimulus payments, more unemployment insurance, and aid to small businesses are pumping trillions of dollars into the economy, many households are increasing savings rather than spending, perhaps fearing an uncertain economic future.  And with a bleak job market facing everyone from new college graduates to older workers, don’t expect increased confidence to fuel a big surge in consumer spending any time soon.

Federal aid to states and localities remains an economic necessity to avoid a prolonged recession, and perhaps even a depression.  The longer we wait, the worse it will get, with the economic downturn feeding on itself.  Washington must enact immediate and substantial state and local budget relief, and they need to do it now.  Otherwise, we face much worse—and unnecessary—economic pain, in red and blue states alike.

SpaceX Nasa Mission: Astronaut capsule set to dock with space station
IRS Says You Can Amend Your Taxes Electronically, But Should You?
How The Pandemic Is Changing Residential Buyers’ Preferences
A Neuroscientist’s Prescription For A Brain In Menopause
What are the safest ways to vacation this summer? From hitting the road in an RV to renting a beach house