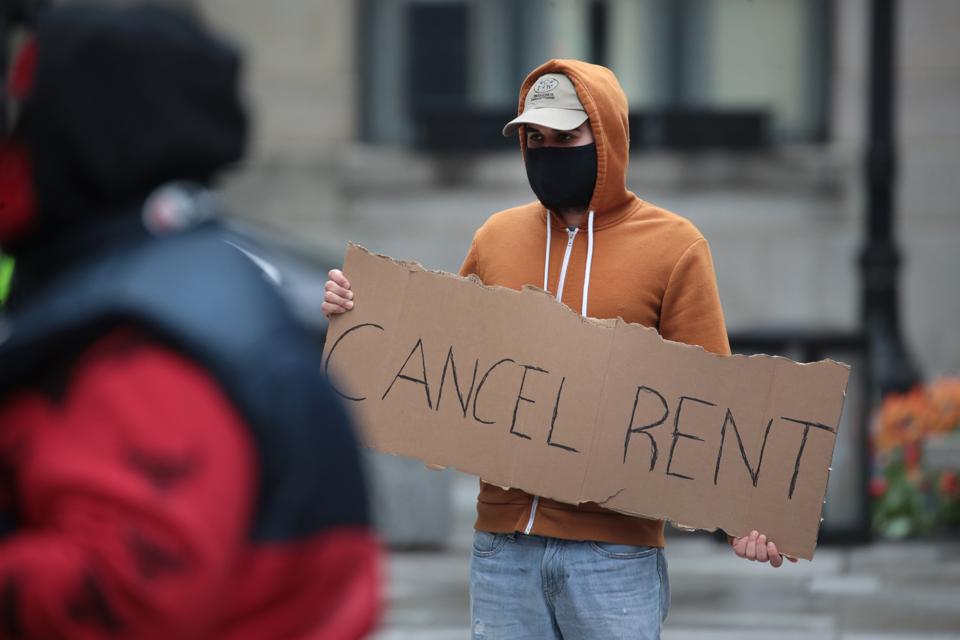 Mortgage delinquency rates nearly doubled and total delinquencies reportedly increased by 1.6 million in April, the largest single-month jump in history, though the majority are covered under Cares Act forbearance programs.

3.6 million homeowners were past due on their mortgages as of the end of April, the largest number since January 2015, according to a report from Black Knight, a mortgage technology and data provider.

The national delinquency rate nearly doubled to 6.45% from 3.06%, which also represents a record increase (almost three times the previous single-month record set back in late 2008.)

An additional 2.4 million workers filed for temporary unemployment benefits last week (bringing the nine-week total to more than 38 million), with 47% of adults reporting that they or another person in their household has lost income since mid-March.

Under the CARES Act, homeowners experiencing financial hardship due to Covid-19 can be granted forbearance on a federally backed mortgage loan.

“While April saw a record single-month increase in the national delinquency rate, the data shows that the vast majority of new delinquencies represent borrowers who are currently in COVID-19-related forbearance programs,” said Andy Walden, economist and director of market research at Black Knight.

Lenders have provided relief for homeowners affected by the coronavirus pandemic. Per the latest Forbearance and Call Volume Survey by the Mortgage Bankers Association (MBA), the number of loans in forbearance increased dramatically this week as well, as 4.1 million homeowners had requested a forbearance plan (8.2% of loans). By comparison, less than 1% of loans were in forbearance in early March. Mortgages backed by Ginnie Mae had the greatest overall share of loans in forbearance by investor type (11.3%). According to Mike Fratantoni, MBA’s Senior Vice President and Chief Economist, record-low mortgages rates are sustaining the refinance wave, helping homeowners lower their mortgage payments and save money during these challenging times.

Share of Mortgage Loans in Forbearance Increases to 8.16% (MBA)

Inside tidying expert Marie Kondo’s work-from-home routine
Coronavirus live updates: As global infections top 6 million, LA suspends testing after riots rock city
Your stimulus check could be taken to pay past debts. One proposal could change that
44 Sources Of Money & Benefits That You Don’t Have To Pay Taxes On
Covid-19 Business Losses Covered By Insurance: Lawyers And CPAs Advise You To File Claim Now