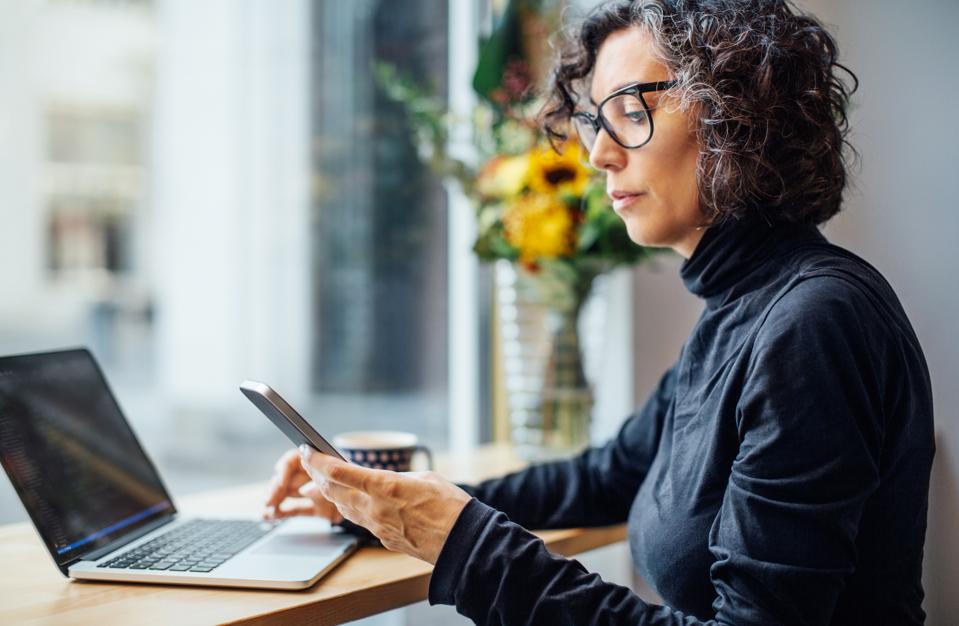 For a birthday girl worried what the advancing postmenopausal years are doing to her mind — yes, that would be me — the chance that very day to talk to a leading neuroscientist who studies women in midlife and beyond proved a happy coincidence. And a galvanizing one.

“There’s so much stigma around women’s brains and menopause,” says Lisa Mosconi, author of the new book, The XX Brain: The Groundbreaking Science Empowering Women to Maximize Cognitive Health and Prevent Alzheimer’s Disease. The most well-known changes are unfavorable: Mental fog. Hot flashes. Weight gain. Cognitive issues (reasonably so, given that two in three Alzheimer’s cases is a woman).

“We never talk about a woman’s brain as something to celebrate. It’s your best asset and therefore worth prioritizing.”

What if we instead viewed menopause as a pivotal turning point —a wake-up call to improve the direction of things — proposes Mosconi, who directs the Women’s Brain Initiative at Weill Cornell Medicine in New York.

“Many women think they’re going crazy. But they’re not making it up or being a whiner,” she says. “The brain is going through a natural transition. It needs support.”

Realize That It, Quite Literally, Is All in Your Head

“All the attention is on the end of fertility,” Mosconi says. “But many signature menopause symptoms don’t start in the ovaries; they start in the brain.”

Making choices that “protect and invigorate” the brain can help ease symptoms and the health risks that rise at menopause, she says.

The key: That “aha!” of discovering new things. “If you like novels, try challenging nonfiction instead. Instead of a sitcom, watch a TED Talk or a documentary. If you like chess, more chess won’t help you as much as playing bridge,” Mosconi says. “Learning is to the brain what exercise is to muscle.”

Downsize Alcohol and Coffee, Up Metabolism

After 40, your liver slows. If you must, Mosconi would prefer you drink an occasional 5-ounce glass of red wine, and just two small cups of coffee or one espresso a day. Since the brain is 80% water, that’s her recommended beverage — two liters a day.

Maintaining a steady metabolism is critical after menopause, Mosconi says. Most useful: The Mediterranean Diet (also linked to fewer and milder menopausal symptoms). Especially important to the brain now are B vitamins and omega-3s fatty acids, best taken in from fish and flaxseed.

“Menopause is really when I’d optimize everything,” Mosconi says. “If your cholesterol is high, work to get it lower. If your triglycerides are high, work to get them lower.” Work with your doctor. Sometimes medication (e.g. statins) can help jump-start progress, Mosconi adds.

Exercise: It’s About Consistency, Not Intensity

Hormonal and metabolic shifts make postmenopausal women more prone to weight gain. With this comes elevated risks of insulin resistance, diabetes, cardiovascular disease and Alzheimer’s. And menopause itself seems to increase the risk of Alzheimer’s in women, Mosconi says.

“Consistent” is therefore a word she repeats often.

Mosconi encourages pushing yourself — not in terms of intensity, but consistency.

“In midlife women before age sixty-five, physical activity is associated with a thirty percent lower risk of Alzheimer’s compared to sedentary women. If I had a drug that reduced your risk of Alzheimer’s by thirty percent, I’d be rich,” she says. “Women sixty-five to seventy who exercise see a twenty percent risk reduction from exercise — slightly less, but you know what? I’ll take it.”

Mosconi isn’t a fan of high-intensity exercise for postmenopausal women who aren’t already doing it. Even regulars of high-intensity workouts may notice reduced stamina and weight gain. From age 50 to 70, she’s fine with low-to-moderate intensity three to five days a week (30 to 45 minutes per outing) or for those over 70, 15-minute daily sessions. Include resistance training for bone density and muscle. Great for beginners: speed walking.

The kicker, from Mosconi: “Do them in tandem with, not in place of, aerobic and resistance work.”

The latest research suggests estrogen-plus-progestin may help against cognitive decline in some women if begun within five years of menopause. But it’s not recommended for that purpose yet. Nor should you take hormones indefinitely. And MHT may increase the risk of dementia if begun after age 60 or more than five years after menopause.

Mosconi’s recommendation: Try non-hormonal interventions for three months first, and only for symptom relief (and not Alzheimer’s prevention).

No Matter What, Persist

Results of your efforts may not feel immediate or obvious, Mosconi says, but they will come. Change is effective at any age.

Which makes reframing menopause sound like a birthday gift that keeps on giving. “We never talk about a woman’s brain as something to celebrate,” Mosconi says. “It’s your best asset and therefore worth prioritizing.”

ICYMI: July 15 Is Tax Day This Year. 5 Tips For Small Business Owners
You may soon lose unemployment benefits — and that extra $600 a week — if you’re not hunting for jobs
How Systemic Racism Exists In U.S. Housing Policies
OneWeb sale to UK-Bharti group gets court approval
What You Should Know About ESG Investing And The DOL’s Proposal