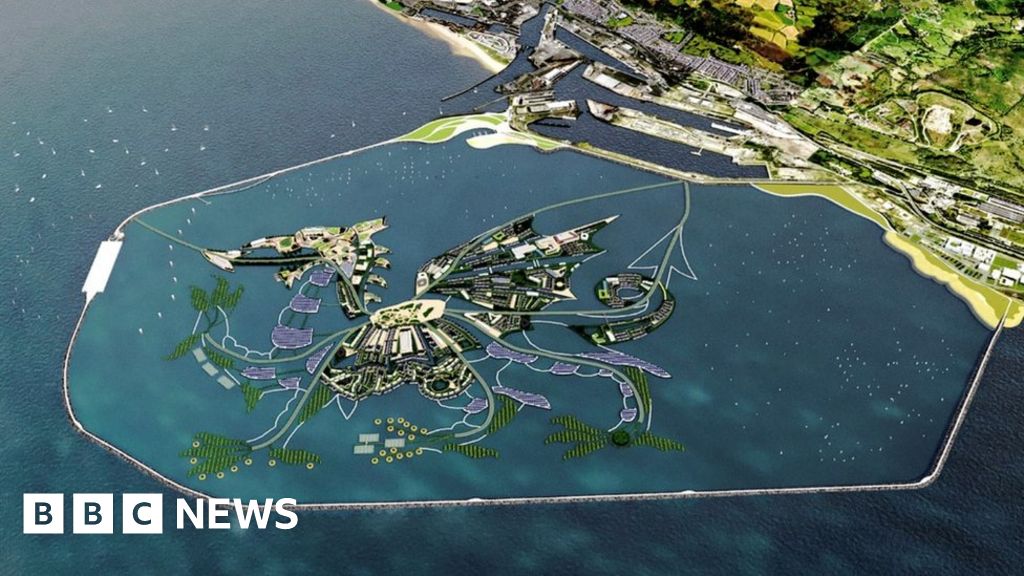 A council leader hopes the Welsh Government will back plans for a dragon-shaped island that could harness tidal energy within the next few weeks.

Rob Stewart said he wants to make tidal energy in Swansea a reality.

The call comes as Prime Minister Boris Johnson is expected to announce plans for investment to rebuild the economy after coronavirus.

Tidal Power plc launched a £1.2m fundraising scheme, selling shares, in December to pay for work needed to keep alive the planning permission, which otherwise would have lapsed on Tuesday.

Mark Shorrock, leading the project, said the demolition and site clearing work would “secure in perpetuity” the permissions around Swansea Bay Tidal Lagoon.

It comes as the alternative Dragon Energy Island proposals – which first emerged from Swansea Bay City Region a year ago – were put back on the agenda by senior councillors.

They would also include 10,000 homes and shops as well as creating energy through underwater turbines.

Councils and other public sector bodies would be invited to buy electricity generated by the lagoon for a set number of years.

Mr Stewart was confident the new scheme would not require the same level of taxpayer investment as the long-running tidal lagoon project.

Those £1.3bn plans were rejected by the UK government as being too expensive back in 2018.

The island would cost £950m, said Mr Stewart, adding that the cash injection needed to get it off the ground would be in the “single-figure millions.”

Mr Stewart said post Covid-19, such a project could be key in stimulating the economy.

“It could create thousands of jobs and a legacy of tourism,” he said.

A Welsh Government spokesman said: “We want to see Wales at the forefront of the marine renewable energy sector and we remain open to further discussions about providing support for such a project, at the appropriate time.”

The coronavirus may have mutated to become more infectious, Dr. Anthony Fauci says
Ask Larry: When Will I See My Social Security Retirement Benefit Increase After Waiting To File?
Here’s how much you need to put in a 529 savings plan every month to send your kid to NYU debt-free
Rent Payment Assistance Vs Eviction Bans: What Is Ahead For U.S. Renters And Landlords
Fourteen of the 20 F1 drivers take a knee before Austrian GP