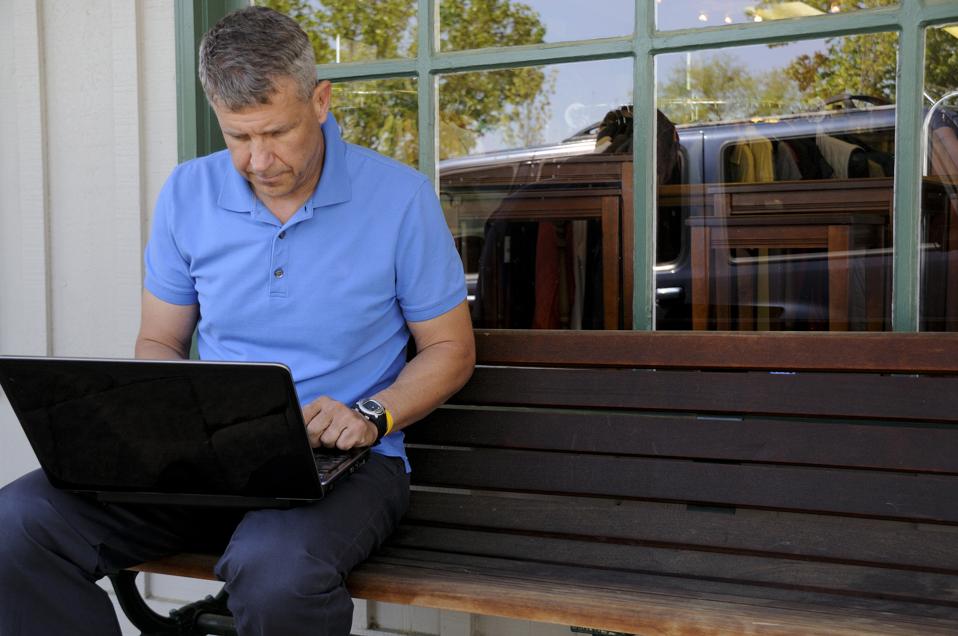 By Randy Rieland, Next Avenue Contributor

Not everyone who cares for a family member or friend with dementia or a chronic medical condition joins a support group. In fact, most don’t. But people who do, often have made deep connections with those with whom they’ve shared the confusion, frustration and even the anger they have felt with the people they are caring for. Some continued to meet with a group after their loved one has died.

Then came Covid-19, with its resulting bans on group gatherings and directives about social distancing. This ended in-person sessions, and with them the hugs and other gestures of compassion and understanding that could make the support group sessions so heartening. It also took away one of the few opportunities many caregivers have simply to interact with other people.

(Read all of Next Avenue’s Covid-19 coverage geared toward keeping older generations informed, safe and prepared.)

So, support group leaders have had to shift to virtual get-togethers on Zoom, or conference calls on platforms like Google Meet. It hasn’t always been an easy adjustment.

“Some folks were open to using platforms like Zoom,” said Ana Nelson, vice president of programs and services for the National Capital Area Chapter of the Alzheimer’s Association in McLean, Va. “Others said they didn’t think they could because they were so stressed by the impact of the pandemic on their families. They might now be working from home while taking care of a loved one. Or maybe new family members have moved in with them because they lost their jobs. Or they had to try to teach their kids at home while providing care for someone.”

Another challenge for some caregivers has been being able to engage in candid online conversations while at home with the person they’re talking about. Bobbie Carducci, a support group leader in Virginia, said she recently heard from someone who was concerned that she didn’t have enough privacy in her house to join virtual meetings.

“But she did come on to a Zoom meeting and listened for a bit. Then she sent in a question through chat,” Carducci recalled. “When her daughter told her that you can do a Zoom meeting on your phone, she went out and sat in her car and called in.”

Others have embraced the virtual sessions, even if they’ve struggled a bit with the technology and the initial awkwardness of online conversations.

“People were feeling even more isolated at home,” said Vikki Kalitsi, a support group facilitator in Maryland. “They really needed the outside-the-home support. They do miss seeing each other in person, but now they tell me they look forward to the Zoom calls.”

“I wasn’t sure how going to a virtual platform would work, but our participation has actually increased,” she added. “And now we’re even getting people from other states joining in.”

Another benefit of connecting through computers is that caregivers don’t need to arrange coverage while they’re gone or leave the house to drive to a meeting.

Carducci, who cared for her father-in-law for seven years, remembers how uneasy she felt any time she left him to take a break.

“I was so concerned about what was happening at home. I couldn’t let go,” she said. “Zoom meetings can take away the anxiety of being away from home and not knowing what’s going on.”

Nelson said that given the convenience of joining support sessions online, more people are saying that they want to meet more frequently than once a month. She believes that even when the pandemic is under control, virtual meetings won’t go away. Instead, people will be able to choose if they want to connect in person or through computers and phones.

The Hard Realities of Caregiving

There’s been another notable coronavirus impact. Now that nursing homes and long-term care facilities have been identified as particularly deadly hotspots (they account for more than 40% of deaths in the U.S.), more people are choosing to take on caregiving roles and responsibilities themselves. They not only worry about the higher risks in those environments, but also how strict visitation limits could accelerate their loved one’s decline.

But usually people don’t truly comprehend what it means to become a caregiver, particularly for someone with dementia.

“They really don’t think about the social isolation that comes with it,” Kalitsi said. “And they usually think of dementia as memory loss. But it’s more than that. It’s brain failure.”

So those new to the role are often befuddled, then agitated by the behavior of a family member with the disease. “They don’t understand that their loved ones are doing the best they can,” Kalitsi said. “The caregivers are the ones who have to change what they’re doing because their loved ones can’t.”

Mike Keel, 78, agrees. He’s been caring for his wife, Susan, 72, in their Northern Virginia home for 11 years. He’s learned that arguing with a person with dementia is pointless. (“In fifteen minutes, you’re going to have the same conversation,” Keel said.) He had to put a lock on the bedroom door to keep his wife from wandering at night. Now, she’s struggling with remembering how to eat.

“With the support group, you’re not alone. When you say something, they know exactly what you’re talking about.”

“It’s heartbreaking,” Keel said. “But you have to keep a positive attitude.”

That’s where support groups come in. Keel has been involved with one for several years. It’s a time when he and the others can share information and, maybe more importantly, the experiences that tear at them.

“There are so many people who hear ‘Alzheimer’s’ and they say, ‘Oh my,’ but they don’t have a clue,” Keel said. “With the support group, you’re not alone. When you say something, they know exactly what you’re talking about.”

A common mistake new caregivers make, according to Nelson, is that they don’t see themselves as caregivers, but simply as a spouse or family member helping someone they love. So, they have a tendency to neglect their own needs, both medical and emotional.

“I’ll ask people ‘What are you doing for yourself?’ and they’ll say, ‘What are you talking about? I don’t have time for anything,'” Nelson said. That can mean something as important as getting an annual physical. At the same time, they worry about what will happen if they get sick.

“They’re undergoing caregiver’s stress,” she said. “They don’t realize that caring for someone with Alzheimer’s is 24/7, and they can’t do it alone. It’s so important for them to take care of themselves. And take the time to recharge their battery. They need to know it’s not a sign of weakness when you ask for help.”