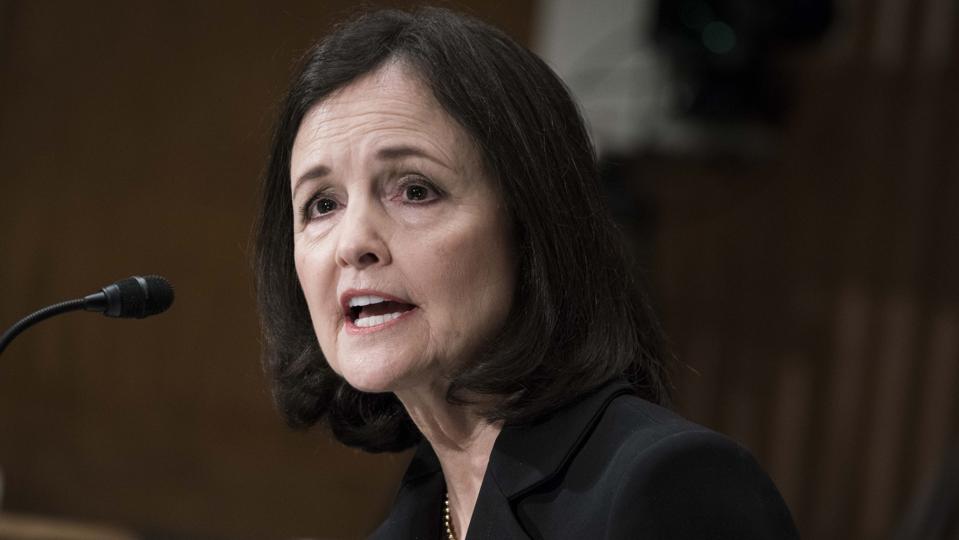 President Trump’s controversial nominee for the Federal Reserve board, Judy Shelton, does not currently have enough votes in the U.S. Senate to win confirmation, according to comments from Senator John Thune (R-SD) that were first reported by Bloomberg.

Appointing Judy Shelton to the Federal Reserve remains a top priority for the White House, with Republicans hoping to move forward on her nomination before the November election if they can secure the 51 votes needed, Thune told Bloomberg.

Thune is the second-highest ranking GOP member in the Senate and serves as majority whip, meaning that he keeps track of how fellow Republicans will vote on any given issue.

The GOP currently holds a 53-47 majority in the Senate, so Shelton’s nomination would be blocked if four Republicans join Democrats in voting against her.

A former Trump campaign advisor, Shelton is viewed by many as a controversial pick for the Federal Reserve: She has drawn significant criticism for policy views that are outside the mainstream, including support for a return to the gold standard and for more cooperation between the central bank, which was set up to be an independent agency, and the White House.

In July 2020, after a delay of more than a year, the Senate Banking Committee narrowly advanced her nomination to the full Senate in a 13-12 vote along party lines.

“We’re still working it,” Thune told reporters at the Capitol. “It’s the Federal Reserve, it’s important so obviously we want to get it done. But we’re not going to bring it up until we have the votes to confirm her.”

Last month, more than 40 former Federal Reserve officials and staffers, including ex-Vice Chair Alan Blinder, published an open letter urging the Senate to reject Shelton’s nomination. The Fed alumni blasted Trump’s pick for the central bank’s board of directors, calling her views “extreme and ill-considered.” They also criticized Shelton’s past questioning of the need for the Federal Reserve to even exist, citing her “decades-long record of writings and statements that call into question her fitness for a spot on the Fed’s Board of Governors.” Much like President Trump, Shelton has previously attacked the Fed’s independence, calling it “almost a rogue agency” in 2011.

A Biden Victory And Split Congress Is Best For Stocks, But Here’s What Would Kill Markets After Election Night (Forbes)

These Stocks Will Outperform The Market If A Coronavirus Vaccine Is Approved, According To Experts (Forbes)