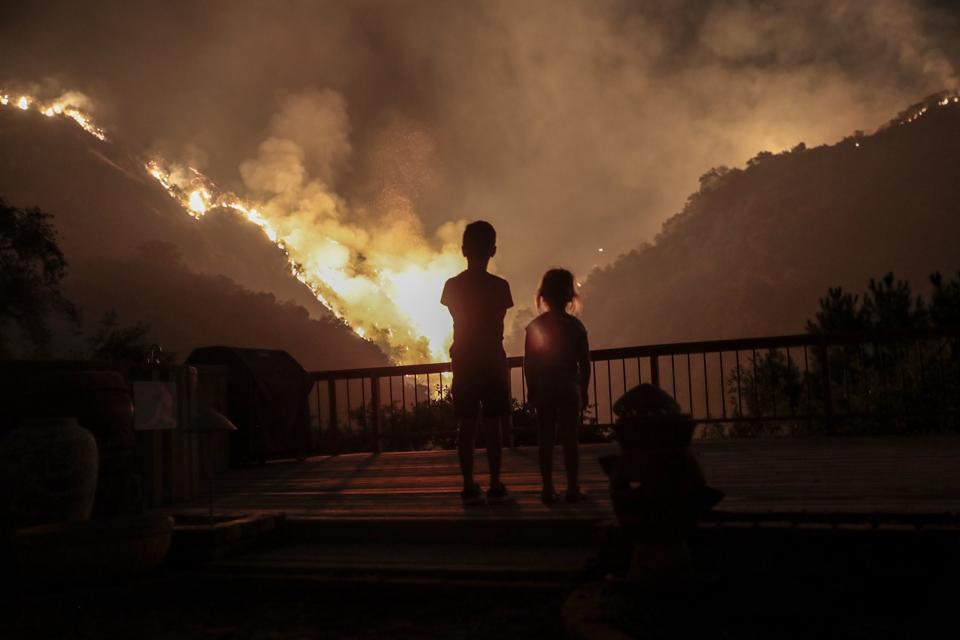 The world feels, both literally and figuratively, on fire these days. Between the spread of COVID-19, a corresponding recession that has left millions without a job, social unrest, an onslaught of hurricanes and actual fires gripping the West coast, it’s easy to assume that we’ve reached a period of ongoing – and everlasting – bad times.

It’s a natural response to the constant stream of negative news, coming both nationally and politically. But it’s also not as unusual as we might think.

Morgan Housel, a partner for the venture capital firm Collaborative Fund and author of The Psychology of Money explains a simple principle that provides some context to the carnage we have experienced over the past year.

In a recent post on his company’s site, he breaks down the notion of mathematician John Littlewood’s law of miracles. Essentially, Littlewood explained the presence of miracles through statistics. Housel’s point is that the same logic can be used today when looking at these anti-miracles.

If you have a 100-year event, you actually have an event that has approximately a 1% chance of occurring at any given time. But there’s not just one event that has the same odds. A pandemic next year might have a 1% chance of occurrence. As could a tsunami. As could floods, earthquakes, frauds or political meltdowns, explains Housel. When there’s so many minute negative possibilities floating out there, it’s no wonder we experience a tragic event so often.

“Littlewood’s Law tells us to expect a miracle every month,” Housel writes. “The flip side is to expect a disaster roughly as often.”

The current events we’re experiencing could be a series of sequencing risk, where we’re running into a number of anti-miracles more often than usual at the moment. And Littlewood, who published his theory in the mid-1980s, didn’t likely have climate change at the front of his mind when developing the concept, which could increase the statistical probability of large, negative weather-related events. But the notion stands that both bad and good things will happen this year, next year and the year after. It’s not simply a ‘2020’ issue.

At the same time, it shouldn’t keep you from expecting good things in the future. As Housel says, this has significant import when it comes to saving and investing.

If you know that ‘black swan’ events aren’t quite as unusual as one might hope, then you can plan – to a point – in case such an event happens.

It’s the benefit of a high savings rate. The more you can stock into savings, whether it’s to build a six-month to a year’s worth of short-term cash for contingency purposes or longer-term planning, like retirement, the easier it’ll be to overcome an unexpected obstacle.

This, of course, has limits. If you lose a house to a wildfire, like many face in California and Oregon, then you’re not relying on short-term savings to recover. Instead, you’re relying on the insurance company providing you with the coverage you paid for.

But the money does offer a security blanket, if you lose a job or a loved one becomes ill. You’re not stuck simply trying to keep your head above water while you deal with a job loss, in the short term, if you have the cash savings. You’re not beholden to your job, if you’ve reached financial independence, and can leave for a period of time to care for a loved one.

What the pessimism provides is an awareness that bad things happen. You’re just preparing, as best as possible, in case – or better yet, when – they happen to you.

“As long as more people try to get better than screw up, the long-term odds are in an economy’s favor,” wrote Housel. “And that’s virtually always the case because the screw-ups – the declines, the recessions, and panics, the wars – fuel the problem-solving.”

That problem solving, compounds. It’s the same with your investments. As long as we’re moving forward by seeking solutions – even if it feels as if the world is stuck at the moment – eventually those efforts will compound into success.

On an investing front, it means not just your initial investment will grow, but so will all the other investments you continue to put into the market, assuming you do so in a safe, cheap index fund that captures the entire market, as opposed to guessing what part of the market will outperform.

The investing world isn’t very optimistic right now. Wells Fargo and Gallup surveyed investors with more than $10,000 invested for their quarterly Investor and Retirement Optimism Index, finding it was an 18. That’s up from 4 in the second quarter, but down from a high of 138 in the first quarter.

Again, that’s a short-term view of long-term investments. It’s the same view that lead investors to rush out of the markets on a dip, only to lose out on the upswing.

If you believe, though, that 2020 will end, that generally people will continue to strive to do better, that this will result in ongoing growth and stability in the next 3, 5, 10, 20, 50 years, then you should continue to invest for your long-term financial security. It’s the only way to benefit from the compounding result of that growth.

Mark Cuban’s top 5 pieces of financial advice
Will The Latest Stimulus Proposal Stop A Potential Housing Crisis In 2021?
‘I’ve tried to mature’ – Osaka on how coronavirus break helped her win US Open
Cramer to investors: If Congress approves a stimulus bill, ‘you can’t be out of this market’
How To Spend Less In Retirement: Fewer Lattes Or The Big Cut?