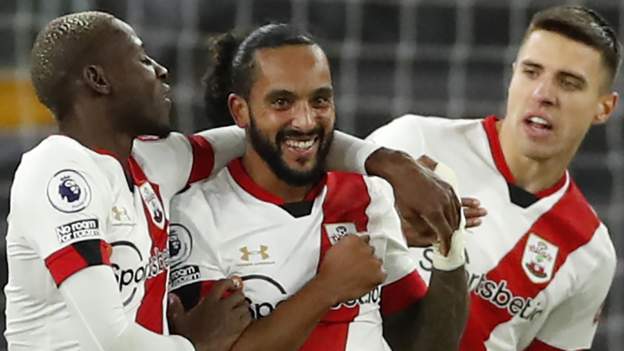 Southampton missed the chance to go third in the Premier League as Theo Walcott’s first goal since rejoining the club was only enough for a draw at Wolves.

Saints had looked on course for victory when Walcott steered in Che Adams’ cross in the 58th minute – his first league goal for the club since December 2005.

However, Pedro Neto levelled for the hosts 15 minutes from time, following up Raul Jimenez’s low drive after it came back off the left post.

With top scorer Danny Ings out with a knee injury, the burden of replacing his goals at Southampton has fallen upon Adams and Walcott.

Walcott, whose first taste of senior football came as a 16-year-old against Wolves, returned to Saints on a season-long loan from Everton in October.

And there are signs the 31-year-old is starting to relish being back on familiar ground.

Excellent in Southampton’s last outing – a 2-0 win over Newcastle – he took centre stage at Molineux. He had already threatened to score from Stuart Armstrong’s clever pass, before he reacted quickly to turn in Adams’ driven cross and put his side in front.

It was his first goal for the club since scoring in the FA Cup on 7 January 2006 – before he left for Arsenal – and his celebration appeared to be a mixture of elation and relief.

However, his and Southampton’s night may have been even better had he converted a glorious chance to make it 2-0 from Adams’ fine pass.

With only goalkeeper Rui Patricio to beat he seemed to be put off by a chasing defender and screwed his shot wide.

With captain Conor Coady’s ever-present run of 84 Premier League games coming to an end – the defender is in isolation after coming into contact with someone with Covid-19 – Wolves deployed an unfamiliar flat back four.

The centre-back partnership of Max Kilman and Willy Boly provided Nuno Espirito Santo’s side with a relatively solid base as the visitors initially controlled proceedings.

They were also well shielded by Ruben Neves and Leander Dendoncker, the former making the most clearances (four) and the latter covering the most ground of any home player (11.12km).

But for all those admirable qualities, there was a distinct lack of incisiveness to their attacking play until they fell behind.

While Southampton goalkeeper Alex McCarthy did well to save parry Nelson Semedo’s long-range effort and Dendoncker’s follow-up attempt early on, he was largely untroubled until the hosts had to respond to falling behind.

Jimenez, who had been isolated and had the lowest number of touches of any outfield home player to start the game, slowly became more involved.

And it was his stinging drive that led to the equaliser, while goalscorer Neto and Daniel Podence all carved out good openings in the second period.

The biggest frustration for Nuno and Wolves fans is likely to be that their charge came too late. 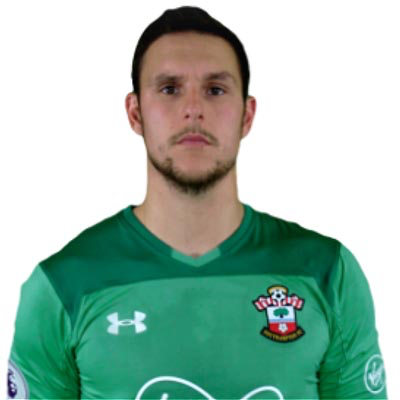